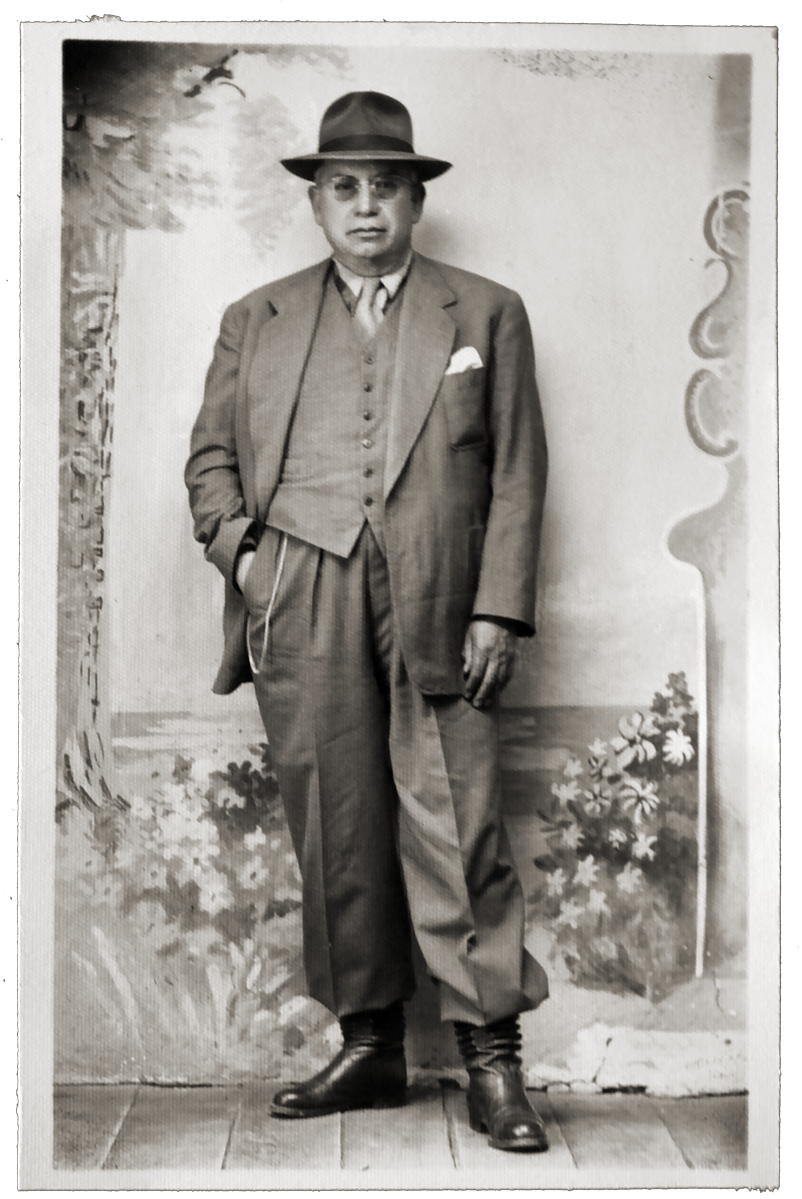 Miguel N. Angles was born in 1900 in the community of Chuma, in the province of Muñeca of La Paz, Bolivia. When he was six months old, his family moved to Moho, which was then part of the province of Huancané in Puno, Peru. He grew up there and pursued his basic education, graduating at the Glorioso Colegio San Carlos high school in Puno. In 1920 he got married to Maria Aleman Alayza. They had five children, the youngest passed away when he was only three years old due to meningoencephalitis. He worked arduously at the Estanco de la Sal and around 1940 he rented Calahuyo country estate buying it few years later. He dedicated himself to raising ovine cattle and selling wool, which improved his economic condition that allowed him not only to maintain his residence in Moho, but also to combine his work as a rancher with his love for music. Many of his contemporaries remember when they were young, they were delighted to stop at "don Miguel's" house, a place where he had arranged speakers that projected from the music room to the street, allowing them to listen classical music which at that time was difficult to access. Among the native instruments, Miguel used to play sikus, pinquillos, tarkas and pifanos, for which he had a particular predilection. He also played charango but mainly concertina, an instrument that he performed with in multiple estudiantinas in Moho, Huancané and Puno. He founded and directed Centro Musical Huancané, taking part in different meetings and contests throughout Puno. In 1957 they won Primer Concurso Departamental de Estudiantinas. After that, the Sono Radio label invited them to record in the city of Lima. They also recorded with Inca Label. In the fifties, Miguel was able to record many native music groups not only at his home in Moho, but also in different Andean communities where he used to traveled in his own vehicle with assistants and enough batteries to make sure the equipment would work because of the absence of electric power in those regions. He widowed in 1965 and a few years later he moved his residence to the city of Arequipa, where he frequently received his countrymen to listen Andean music. He died in 1977 as a result of a complication of diabetes mellitus, which he suffered for more than thirty years.